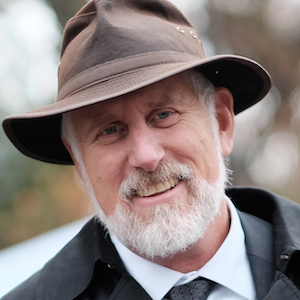 Mark Gamba is the Mayor of Milwaukie, Oregon.  He serves on the executive committee of the Metropolitan Mayors Consortium and is past Chair of Metropolitan Policy Advisory Committee.  He has worked with a variety of organizations, committees and task forces on issues ranging from Climate Change, Affordable Housing and equitable multi-modal transportation. He ran for city council 9 years ago after experiencing climate change first hand as a National Geographic Photographer.  He tries to walk his talk and is currently living in a small apartment and travels around the region on an electric bike.  He is an outspoken advocate for increased and electrified transit.  He led his city through a visioning process that resulted in a vision that starts: “In 2040, Milwaukie is a flourishing city that is entirely equitable, delightfully livable, and completely sustainable”.  He also led the city in creating the largest active transportation infrastructure project in the history of the city and one of the strongest Climate Action plans in the state.