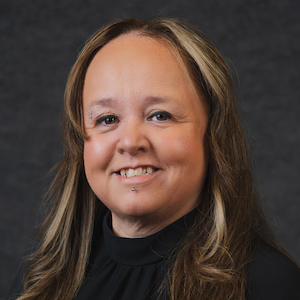 Stephanie Atleo is a member of Cowichan Tribes First Nation.  Stephanie grew up in her community where she continues to reside and raise her two children. She is an active participant in community and culture. Stephanie is currently a member of the elected Chief and Council, serving her 5th term.  In her role Stephanie sits on numerous committees including Education, Cowichan Tribes Treaty, Human Resources, Finance and Audit and participates on numerous working groups developing legislation and laws as Cowichan Tribes moves more towards Self-Governance and away from the Indian Act. Stephanie began her education in First Nation Governance in the mid 1990’s by attending a two year Associates of Arts Diploma program at the Institute of Indigenous Governance.  She graduated from UBC with a BA in First Nations Studies, minoring in History. Prior to returning to Cowichan Tribes to serve on council as well as work in the Administration office, Stephanie worked as an Aboriginal Relations’ consultant traveling to many communities in BC working with communities on some large projects. Stephanie is currently in pursuit of a Masters Degree in Governance and Leadership.  In addition to her interest in school, Stephanie’s other interests include reading, playing fastball, and art.