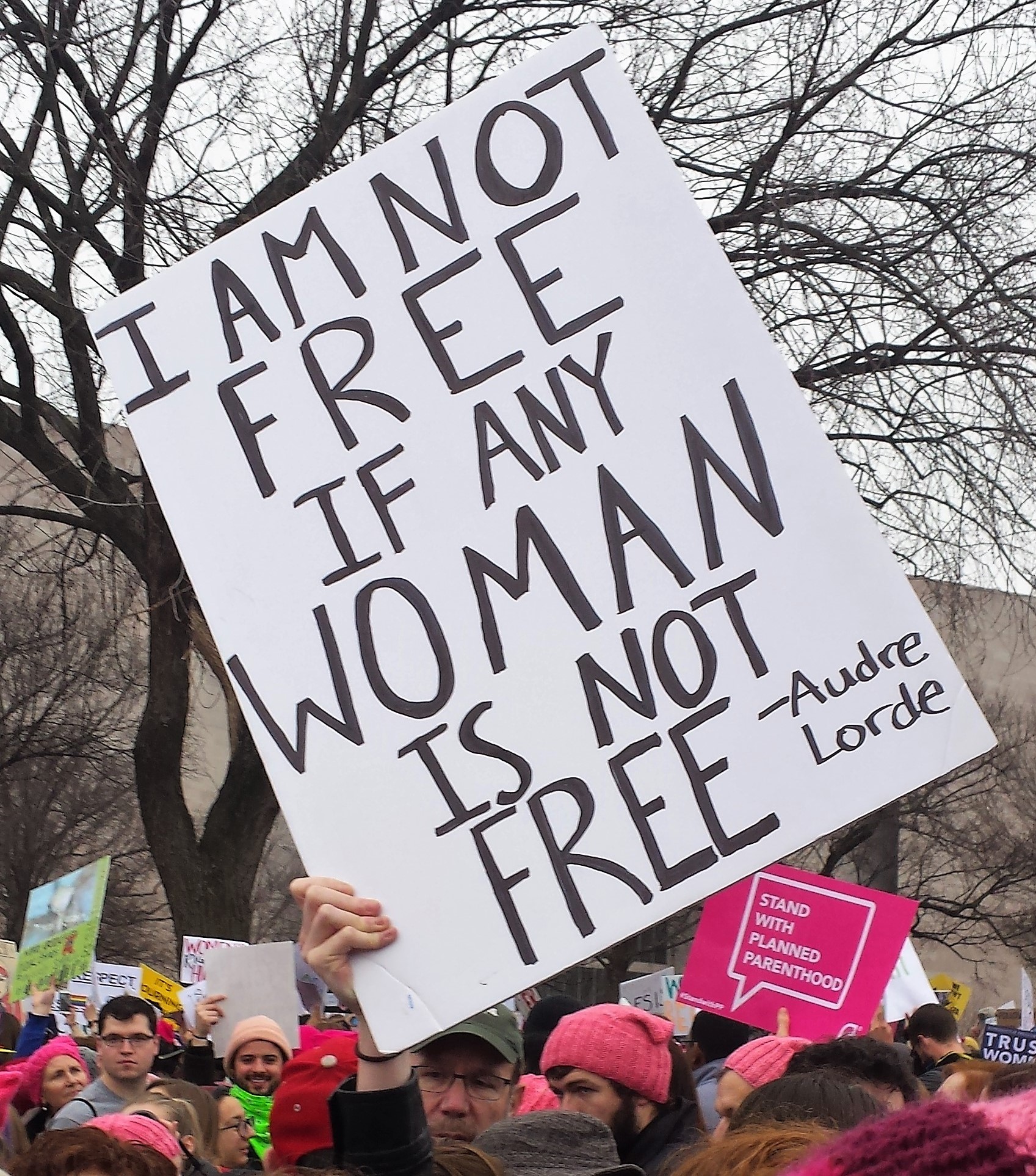 Written by Helesia Luke, an Associate at Columbia Institute.

It’s been a year since a new women’s movement came together in response to the inauguration of the forty-fifth president of the United States. On this occasion, the movement – representing a broad range of grassroots organizations and individuals — organized the first Women’s March in Washington, DC. From there, another 673 marches were held in 85 countries.

The Women’s March in Washington proved to be one of the largest, one-day protest events in history.[i] While some may have thought it was a ‘one-off’ demonstration, organizers around the world plan to prove them wrong with ‘2.0’ planned for Saturday, January 20.

“When we work together, we are better together, and we’ve demonstrated that through both the March and #metoo,” said Samantha Monckton, an organizer of March On Vancouver and March On Canada, in an e-mail to Columbia Institute. “If we can create a supportive place to break the silence, cause change and create action, then we’ve done our jobs.”

Vancouver held its own Women’s March protest in January, bringing together over 15,000 people. And across Canada, over 130,000 people marched from coast to coast to coast in over 40 communities.

One game-changing outcome from the 2017 March may be the uptick in the number of women getting involved in electoral politics. The last provincial election in B.C., which was held a few months after the Women’s March, resulted in the election of an all-time record number of women MLAs – at almost 40%.[ii]

Nancy Peckford, executive director of Equal Voice, a Canadian organization that aims to get more women elected and engaged in politics, told The Toronto Star that she has “seen a surge in women organizing. Compared to previous years more women are signing up for Equal Voice’s campaign boot camps.”[iii]

The spokeswoman for Emily’s List, a US group dedicated to helping elect pro-choice Democratic women to national, state and local office, has reported a significant increase in the number of women getting involved in politics.

In an interview with The Hill, Emily’s List president Stephanie Schriock said she’s seeing “unprecedented political engagement from women that started with the Women’s March in response to President Trump’s inauguration… [T]hese women marched, they went home, they organized, they felt that they weren’t alone.”[iv]

March On Canada is a new network that evolved out of the Women’s March movement, formed by a coalition of organizers responsible for leading the Canadian Women’s March in cities and towns across Canada. It is a continuation of the work these leaders did to facilitate the 130,000 people who marched from coast to coast to coast in over 40 communities last January. This year, organizers are anticipating a similar turnout and planning for tens of thousands of participants.

In Vancouver, the March begins Saturday, January 20 at 10am at Jack Poole Plaza – 1085 Canada Place. The March is free and everyone is welcome. For more information, visit https://www.facebook.com/marchonvancouver/

What are we doing?

At the Columbia Institute, we know that getting elected for the first time is monumental. We also know that once elected, progressive leaders can find themselves in minority or sometimes even a solitary position at the decision-making table.

That’s where the Centre for Civic Governance comes in. Our annual High Ground Forum for locally elected leaders is a unique place to network, learn about new research, best practice, and build the skills that will help strengthen communities for all.