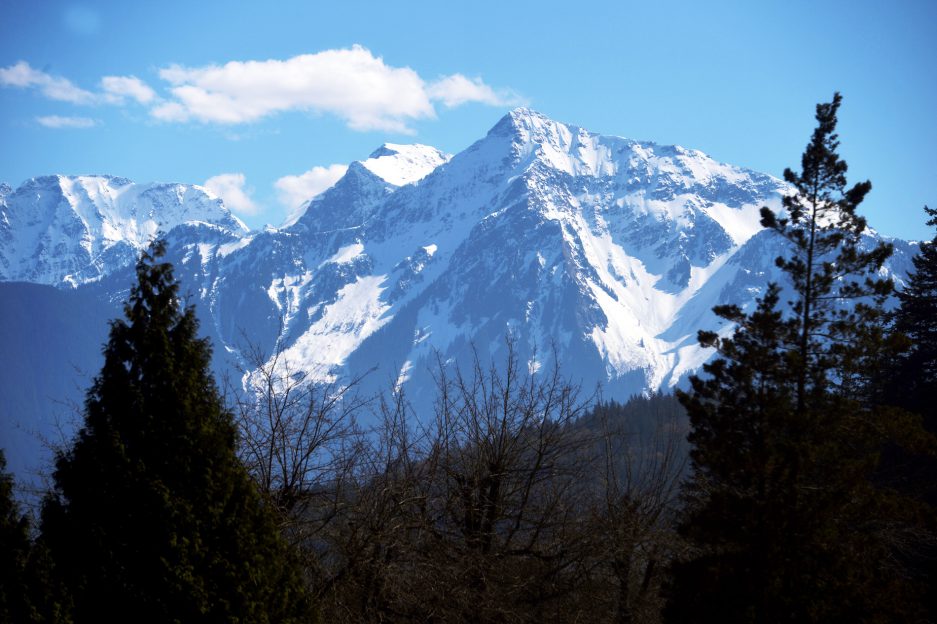 This post is an adapted excerpt from Lea Elliott’s book: Work Like Nature: Sustainability lessons from ecosystems for your job or business.

“Every time I walked the waterfront, I saw it as a bit of a disaster. I could see what was wrong and what could be right,” said Adrian Rowland, a coastal engineer and West Vancouver resident.

West Vancouver’s urban shoreline is a mixture of sandy beaches, rocky shores, grassy parks, seaside trails and luxury homes. Much of its expansive waterfront has been altered by development over the last 100 years. With these changes, the foreshore became less accessible for residents, less ecologically diverse and more vulnerable to storms.

Could the community work with nature to reverse the damage?

The cost of hardscaping

In 2001, a rainy windstorm pummeled West Vancouver’s waterfront. Ocean waves toppled the concrete walls erected to keep the sea at bay and the adjacent trail safe. The surging water heaved large logs onto the path as easily as you’d toss a dog a stick.

On the beach, rocks the size of five-pin bowling balls rolled and squished sea life. On the land, rainwater rushed through concrete pipes. Any sand carried in the pipes with the rainwater bypassed the beach and was dumped into deep water.

The cost for repairs was estimated at $250,000 and this story of storm damage was very likely to repeat itself during future winter storms.

Change started with knowledge and collaboration

The shoreline was a mess, but changes could be made to improve it.

Rowland was fortunate to find others who were also willing to step up and take action. In the community, Rowland and fellow residents formed the West Vancouver Shoreline Preservation Society to support the project. In the district, Councillor Trish Panz had also studied the many waterfront reports and was in a position to garner support for the works. And, Stephen Jenkins, Environmental Manager, became the project champion inside Municipal Hall.

Let nature do the heavy lifting

In 2006, eight pilot projects were launched to recreate a naturally self-sustaining shoreline. Basically, this meant:

All these works mimicked what the shoreline once was. They were a first step to what Jenkins described as “letting nature do the heavy lifting.” He said that they “attacked the source of the problem: wave energy. This isn’t us versus nature. It’s us with nature.”

Although the project had its obstacles, in two years the eight pilot sites were up and running. This short timeline was made possible thanks to Jenkins, Panz and Rowland’s fortitude, citizen support and the district’s unique lease over the province’s underwater land holdings.

The benefits of working with nature

“When you’re working with nature, you’re not sure what the unintended consequences of your actions will be. You need to sit back, watch and see what happens,” said Panz. At the pilot sites, marine life colonized rocks, kids and salmon returned to the creeks and storm wave energy was softened. “In West Vancouver, we saw incredibly quick returns.”

According to Rowland, “In essence, what we’ve been doing here is spending a dollar and getting a hundred dollars because we’ve been letting nature do the work.”

During an intense winter storm in 2007, $250,000 worth of sand and stones was deposited on West Vancouver’s beaches. This was a good thing: instead of the sand being lost to the deep ocean, like before, it was now accumulating into a beach. During the next big storm in 2010, there was damage in other areas on West Vancouver’s waterfront, but not at the pilot sites.

This is a story that could have had a different script. One missing piece and it wouldn’t have happened. Eight years after the project began, all three key players – Rowland, Jenkins and Panz – have left their roles. Small waterfront restoration projects continue to be initiated, but it remains to be seen if the public shoreline works will be expanded substantially. For now, small pockets along West Vancouver’s waterfront have been redesigned to tap into nature’s services. The sand is gathering naturally on the beach, the waterfront is less vulnerable to storms and the shoreline has become more fun to visit.

Lea Elliott, principal at Naturehood and author of Work Like Nature: Sustainability lessons from ecosystems for your job or business, believes everyone can make the world better through their work. Lea uses her two decades of environmental experience to help public sector managers develop tailored green action. With her keen listening and observation skills, optimistic outlook and holistic approach managers can launch successful initiatives that are good for their team, organization and the planet.