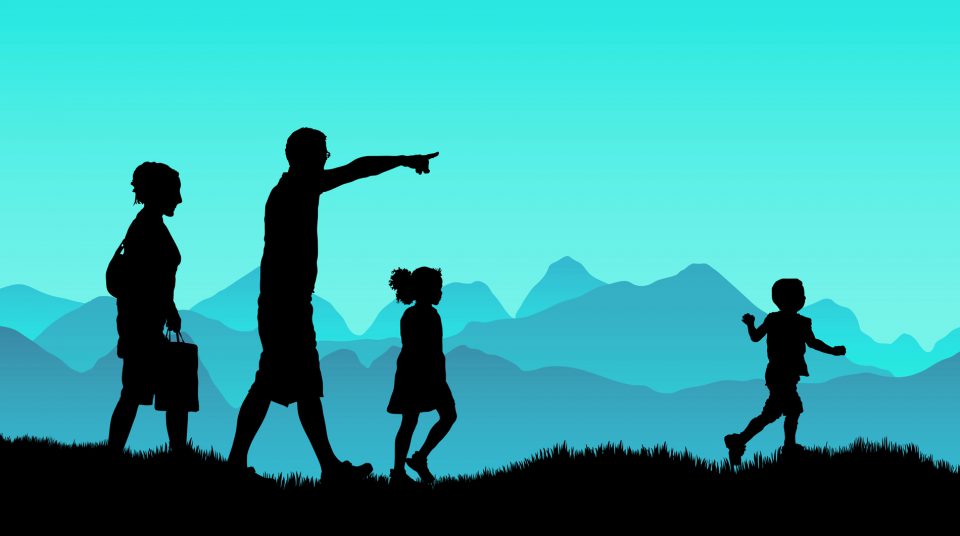 The City of Vancouver passed a motion to permit permanent residents to vote in local elections in April. Ela Esra Gunad, a human rights and social justice advocate, as well as a presenter at 2018 High Ground, shares her thoughts on this motion.

At the Centre for Civic Governance’s progressive forum in 2014, I was on a panel that asked, “Who isn’t voting in the upcoming municipal election?” I was the only one in the room – packed full of dedicated, progressive British Columbians – who raised their hand.

That was the moment when I decided to leverage my research and engagement to advocate for extending the right to vote to permanent residents – because voting matters.

In the 2014 municipal election, Vancouver lost 60,000 votes. This number is equivalent to the thirty percent of the voters, who elected Vancouver’s current municipal government. Sixty thousand permanent residents are currently excluded from voting in local elections in Vancouver.

What makes a system a democracy?

An essential part of a democratic system is that any given member of the community has a right to participate in and to be equally considered during decision-making processes.

Permanent residents are members of the community who may be skilled workers, refugees, caregivers or sponsored family members. They may obtain their permanent resident status after living here for many years. They live here, work here, pay taxes here and send their kids to school. They use city services. Vancouver is their home –just like you and me.

I was one those children who always asked, “Why?” Now I ask, “Why not give people who are invested to living in Vancouver a chance to be part of the community?” “Why not give them a voice on the decisions that directly affect them?” “Why can’t we level up our system to become a true democracy?”

Our electoral system in Canada is a product of a 150-year process. In the early days, the number of people who were allowed to vote was actually much smaller than the number who were not – ‘one man, one vote.’

The system was first structured to exclude people based on class, gender, race, religion, and ethnicity. Initially, only some men, who were property owners and over 21 years-old, could vote. Women, Asians, Indigenous people and members of certain religious groups were among those who fought for the right to vote for decades.

Today, through the #LostVotesYVR campaign we’re advocating for the voices of permanent residents living in the City of Vancouver to count. This campaign is organized by the Vancouver Foundation and Fresh Voices, which strives to increase the public participation of racialized immigrant and refugee youth in creating and improving systems and policies that impact their lives. Our goals is to make local government accountable to everyone who lives in the City of Vancouver.

Why does it matter?

Excluding permanent residents leaves them without the representation of elected officials whose decisions affect them. Even though they have all the responsibilities of a citizen when it comes to municipal services, it suggests that their voice is considered less valuable.

This is a major loss for a city like Vancouver… a city that celebrates the benefits of inclusion, diversity, and multiculturalism every day… a city that believes engagement is vital to create vibrant, inclusive, and strong communities. Political engagement is key part of that.

I often see individuals and families with children take pictures in front of voting poll. The moments we want to record and shared with our loved ones are often the times we feel love, pride and excitement. Voting for city council or the school board inspires confidence in a democratic system. It provides an equal opportunity for those who contribute every day to the city they call home.

Sometimes I am asked, “Why can’t they wait?” Or I’m told, “Just become a citizen and earn it!” It’s not that simple. I volunteered in the municipal elections even though I wasn’t eligible to vote. In fact, I saw three elections before I became a citizen.

People must live here for many years before they can apply for citizenship and the time it takes to process an application is becoming longer and more expensive. Many permanent residents face financial barriers. For some that means giving up the citizenship of country of origin, choosing which family member can apply first or being challenged to not go back easily to see or support families back home.

Extending the right to vote to permanent residents offers them a good entry point to Canadian life and public engagement. Recent research by the Institute for Canadian Citizenship shows that new Canadians vote and feel that their voice is important.

That is why today more than 45 countries, including six US municipalities, are granting voting rights to permanent residents. Eleven Canadian municipalities are working to take steps toward this direction and Vancouver is one of them.

Once I was asked, “Wouldn’t it upset Canadians to know that foreigners have a say on what happens in their City?” We live in a city where almost half of the population is not born in Canada. These people were all permanent residents before they became Canadian citizens.

As a Canadian, I would be proud to live in a city with a fair, accessible and representative electoral system enjoyed by all – where we motivate people to not only feel like responsible residents, but also like they belong and are represented.

Regardless of where they are born, I hope all Canadians use their privilege to support an inclusive electoral system. Maybe that starts with challenging the historical systemic barriers that prevent the participation of certain groups in the community.

Democracy should not have a glass ceiling. Our system has one and it’s up to us – only us – to shatter it. Supporting the #LostVotesYVR campaign is one of the ways to make it happen.

Ela Esra Gunad is a human rights and social justice advocate. She is a former City of Vancouver Independent Election Task Force member and has been an adult ally at Fresh Voices where she works on #LostVotesYVR in partnership with the Vancouver Foundation.