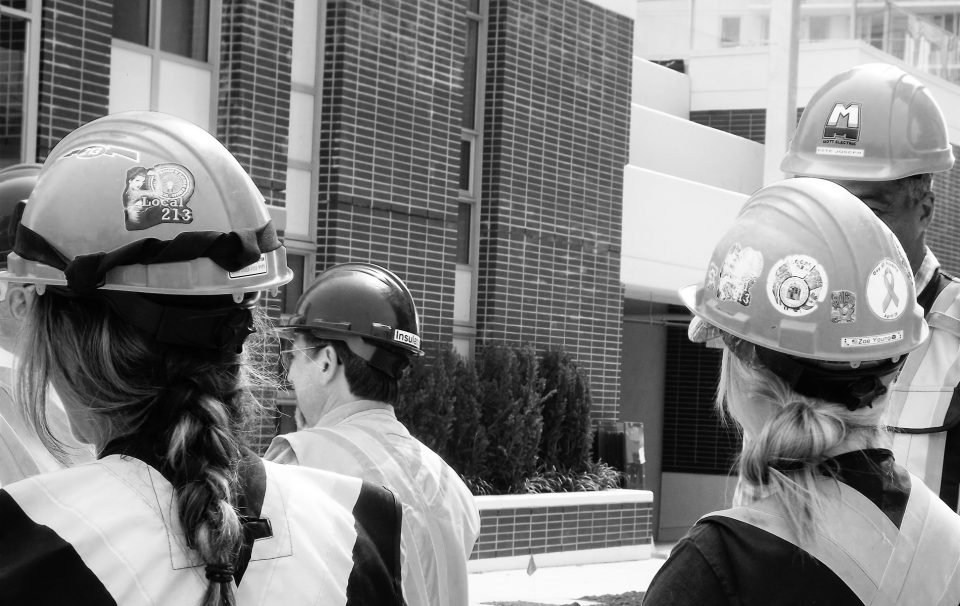 Written by Robert Duffy.
Read this article on The Tyee

The proposed Canada-Europe Union Comprehensive Economic and Trade Agreement (CETA) is generating serious questions and concerns from local governments across Canada. CETA, a sweeping trade and investment deal, is currently in its tenth round of negotiations, and the Canadian government believes it could be concluded by the end of the year.

This concern spans across the political spectrum, from progressives like Burnaby Mayor Derek Corrigan all the way to right-of-centre municipal politicians like Toronto Mayor Rob Ford and Mississauga Mayor Hazel McAllion.

Both McAllion and Ford supported recent council resolutions calling for full disclosure of provincial CETA offers and allowing municipalities to choose a “clear and permanent exemption” from the deal. A number of other Ontario municipalities have passed similar resolutions in the past few months, joining the Union of BC Municipalities, the BC School Trustees Association and others who passed CETA resolutions in 2010 and 2011.

So what’s in CETA that has local elected leaders so concerned?

But ongoing leaks of key negotiating documents have provided observers with a strong sense of where the deal is headed.

It’s easy to see why the EU is interested in Canadian subnational procurement. Local governments in Canada spent more than $120 billion on goods and services in 2011 alone. From goods such as transit vehicles, energy equipment, uniforms, food and office equipment, to services like engineering, accounting, legal, and energy conservation — not to mention spending associated with major construction and infrastructure projects — local government purchasing is potentially a huge market.

The EU is home to some of the world’s biggest private companies involved in drinking water, transit and other municipal services. France’s Veolia, for example, made more than €12.6 billion in 2011 from water operations in 67 countries and an additional €5.7 billion from transit operations in Europe and the USA.

To help companies like Veolia expand in Canada, EU trade negotiators are explicitly targeting the ability of Canadian local governments to use procurement for environmental, social or local economic development objectives. Under proposed CETA rules, “made in Canada” content requirements for transit vehicles or “buy local” policies for cafeteria food contracts could be prohibited as so-called “offsets” that “discriminate” against EU suppliers. A 2010 legal opinion on leaked CETA documents commissioned by the Columbia Institute found that many environmental considerations could also be prohibited as “offsets.” As trade lawyer Steven Shrybman notes in the legal opinion:

The ban on offsets is arguably the more serious constraint imposed by the regime, and it is important to note that it applies to all procurement contracts regardless of the national pedigree of the prospective bidders.

This means that where CETA rules apply, procurement can no longer be used as a tool to foster local or Canadian economic or sustainable development, facilitate innovation, promote social goals, support food security, or address local or Canadian environmental problems. At a time when procurement is one of the few economic levers available to governments, CETA rules would take it out of the hands of government and other public bodies.

Earlier this spring, a report from Toronto’s city manager similarly warned that CETA could potentially impact the city’s local food policy and transit procurement contracts, as well as local hiring quotas required in some city projects.

If implemented, these CETA requirements would be much more stringent than those in existing inter-provincial agreements such as the Agreement on Internal Trade (AIT) and New West Partnership Trade Agreement (NWPTA — formerly known as TILMA). The AIT allows municipalities to apply “Buy Canadian” rules, as long as the rules are applied “transparently.”

According to Shrybman’s legal opinion, CETA rules would prevent municipalities from requiring even a portion of these billions of dollars of local government funds be used to support local economic, social and environmental goals.

One of the aspects of CETA most worrying for local leaders is the deal’s potential to undermine public control over water and other key municipal services. The leaked initial offer showed that the EU companies want access to contracts in Canadian local government services, going so far as to name specific local utilities, public transit agencies and other public services in dozens of municipalities across the country.

As proponents of CETA note, the deal does not in itself require privatization of public services. However, CETA would make it very difficult for municipalities to take any public service that has been privatized back under public control or extend public ownership into new services.

Hamilton, Ontario’s experience with privatized water highlights why this issue is so important. In the mid 1990s, financial challenges led Hamilton to privatize its drinking and wastewater services. In 2004, after a decade of bad experiences — including rising costs, failure to maintain infrastructure and even a major sewage spill — Hamilton decided to take water services back “in house” and end its experiment with privatized water. This choice would likely have been impossible under CETA — Hamilton would have been stuck looking for a new private provider or renewing its existing contract.

It’s interesting to note here that many EU municipalities have taken their own water back under public control after problems with privatized water systems (often privatized under the same EU firms that are trying to get into the Canadian market). Paris, France took water back under public control after contracts with Veolia and Suez ended in 2009. The city claims an annual gain of €35 million from transferring water services back to the public sector and was able to cut residential water prices by eight per cent.

The CETA legal opinion commissioned by Columbia Institute also found that the deal would likely add to the administrative burden of municipalities and open the door to legal challenges from European corporations should the corporations disagree with local purchasing decisions.

An example of what this may foreshadow can be seen in current WTO challenges from the EU and Japan against local content and hiring requirements in Ontario’s Green Energy Act. These challenges jeopardize thousands of jobs and billions of dollars worth of investment in the province. In addition to legal costs and possibly requirements to pay damages in the event of losing a trade challenge, local governments may also face the prospect of having to put major projects on hold while trade challenges move through the courts or trade tribunals.

What next for local governments in Canada?

Negotiations are moving rapidly, and the federal government has indicated that a CETA agreement in principle is likely sometime in 2012.

The most recently leaked CETA documents show that neither the federal nor any of the provincial governments have sought to exempt water or other key municipal services from CETA (although the EU is seeking to exempt its water services from the deal).

Municipal leaders and others concerned about the CETA are increasingly focusing their attention on Canada’s provincial governments. Unlike NAFTA and previous trade deals negotiated exclusively between national governments, the EU has insisted that Canadian provinces sign on to the CETA. This means that provincial government concerns have weight, and provinces could ask for concessions such as municipal procurement exemptions or higher procurement thresholds.

In the last week of April, federal cabinet ministers, government MPs and senators fanned out to launch what government press releases are describing as “Cross-Country Events that Highlight Benefits of Deeper Canada-EU Trade.” Local governments and others will likely be there to voice their concerns about the deal.