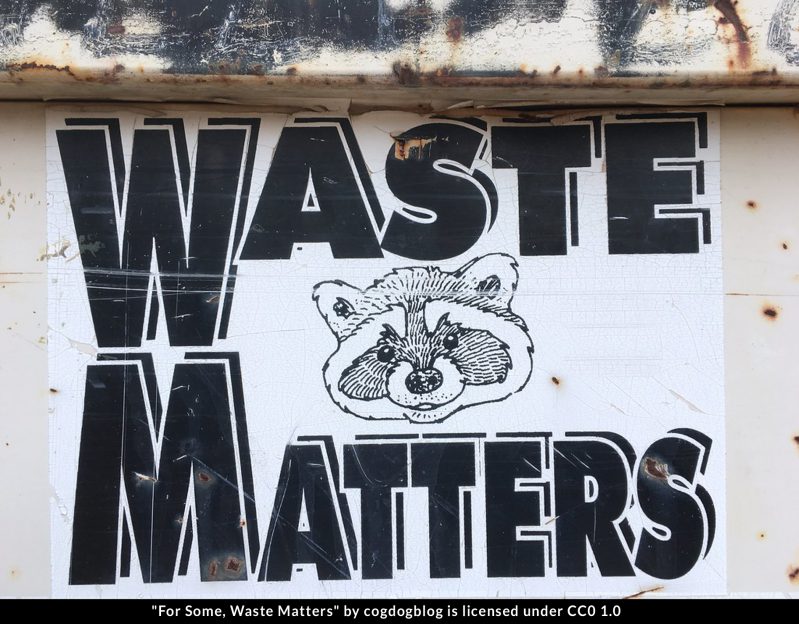 Written by Charley Beresford.
Read this on the Vancouver Sun

Any 10-year-old will tell you that newspapers don’t go in the garbage, they go in the recycling.

That happens because many years ago, municipalities in B.C. took on the responsibility to get products like paper, glass and cans out of the garbage stream and into recycling. Local governments did it both for environmental reasons and because their communities demanded it.

The program has been highly successful. In Metro Vancouver, more than half of the garbage generated is recycled and local governments want to increase that number to 80 per cent by 2020.

But big recycling changes threaten this reliable, curbside blue box program. Back in 2011, the province amended the Recycling Regulation to make the people who produce packaging and printed paper waste responsible for recycling it.

The new organization, Multi Material BC (MMBC) is governed by the organizations that produce recycling waste. The provincial government gave MMBC complete control over recycling programs. MMBC was tasked with submitting a plan to deal with the recycling changes which was approved by the government in April.

Making the people who produce the garbage responsible for it sounds like a great idea. But the private companies that control MMBC have different priorities than local governments and their citizens. For private companies, the priority will likely be cutting costs, not cutting the amount of waste products or maximizing recycling.

Local governments, the people with a history of making recycling work, have been largely cut out of the process of making the new regulations. Now municipalities are subject to a take-it-or-leave-it offer from MMBC. They must respond to MMBC by Sept. 16, and this financial offer from MMBC is non-negotiable.

Local governments have been offered three options for curbside and depot collection. They can choose to accept the collection financial incentive (act as a contractor for MMBC); or decline the collection financial incentive (MMBC will get another contractor to operate the recycling program in your community); or decline and opt out of MMBC’s system (no change, local government runs their recycling program as if MMBC doesn’t exist).

The main concerns from local governments about this new program are that the “financial incentive” offered doesn’t actually cover the costs of operating current recycling programs and that it fails to meet the new Recycling Regulation objective of transferring full financial responsibility for recycling and waste reduction to producers.

The city of Port Moody wrote to the Metro Vancouver Region Board on July 3 that the “financial incentive” will leave a 20-per-cent financial shortfall for their city.

City engineers from communities in Metro Vancouver wrote to the provincial ministry of environment on July 30 supporting concerns raised in Port Moody. They believe the contract and pricing methodology are so “problematic” that a clause-by-clause negotiation could be long, expensive and adversarial. Municipalities in Metro Vancouver have raised concerns to MMBC throughout the process.

Correspondence from Coquitlam’s mayor and council has asked the minister of environment to intervene in negotiations between MMBC and local governments, stating that “the approach being taken by MMBC appears to favour MMBC’s interests only, and conflicts with existing local government processes and policies.”

Why are local governments so concerned? In many communities, garbage and recycling are the No. 1 issue raised by citizens. In addition, local governments are often invested in their successful recycling programs, and they worry these programs are at risk. And finally, if the provincial government and MMBC do not successfully implement the new program, it will be left to local governments to pick up the pieces. And that could be costly.

Cities are rightfully concerned that instead of having a program that actually reduces waste, what appears to be emerging is a program that focuses primarily on cutting industry costs. The quality of current collection service could be adversely affected.

A number of local governments are calling for the province to intervene and extend the consultation and negotiation process. Local governments have led the way on recycling in B.C., and more attention to their concerns could help pave the way for effective programs across the province.

Charley Beresford is the executive director of the Centre for Civic Governance, a Vancouver-based public policy institute that works with community leadership to meet today’s social and environmental challenges.

DOWNLOAD FULL REPORT: Multi-Material BC and Local Governments: Will the new industry-run recycling system cause backsliding?