“Canada’s building trades’ professionals have a proud history of building the infrastructure, businesses and homes in this country,” said Bob Blakely, Canadian Operating Officer for Canada’s Building Trades Unions. “And, as we mark this milestone anniversary, this study shows the important and continuing role for our members as we transition to a low-carbon economy.” He continued, “This neither means nor implies the sudden end of the use of fossil fuels, but it does mean a shift in how fossil fuels are used and in what quantities.”

“If Canada is serious about meeting our climate commitments, we need to move faster in areas like renewable energy, green building construction, building retrofits, and transportation infrastructure,” said Columbia Institute’s Executive Director Charley Beresford. “Meeting our climate goals is good for the planet and good for the economy and job creation.”

This landmark study was released in August 2017. The October 2017 edition below includes revised employment projections. 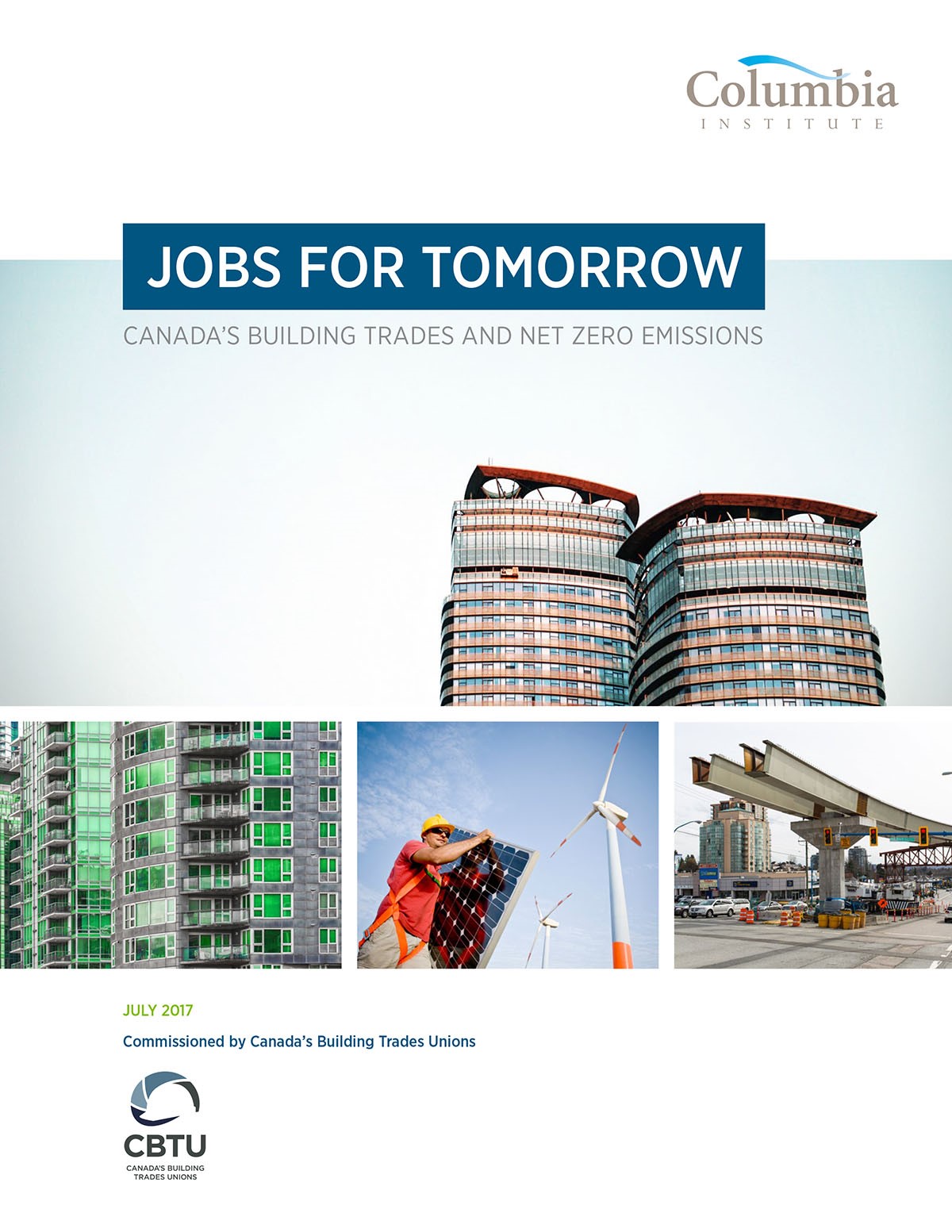