Institutional procurement is a powerful, and often underutilized, economic development strategy that can positively impact “value added” economic sectors. How and where procurement dollars are spent can have important economic effects. In July 2013, BC Ferries announced it will put three new intermediate class ferries into service by 2016/2017. The corporation is seeking a fixed price design/build contract for the three new ferries and hopes to use liquified natural gas to fuel the new vessels. BC Ferries has an opportunity to contribute to BC’s economic development through its procurement choices. As an institution providing a public service, with public dollars, it can be argued that BC Ferries has an additional responsibility to consider the economic development impact of its procurement spending. Economic modeling for this report from Stokes Economic Consulting shows the advantage of building these ferries in BC: 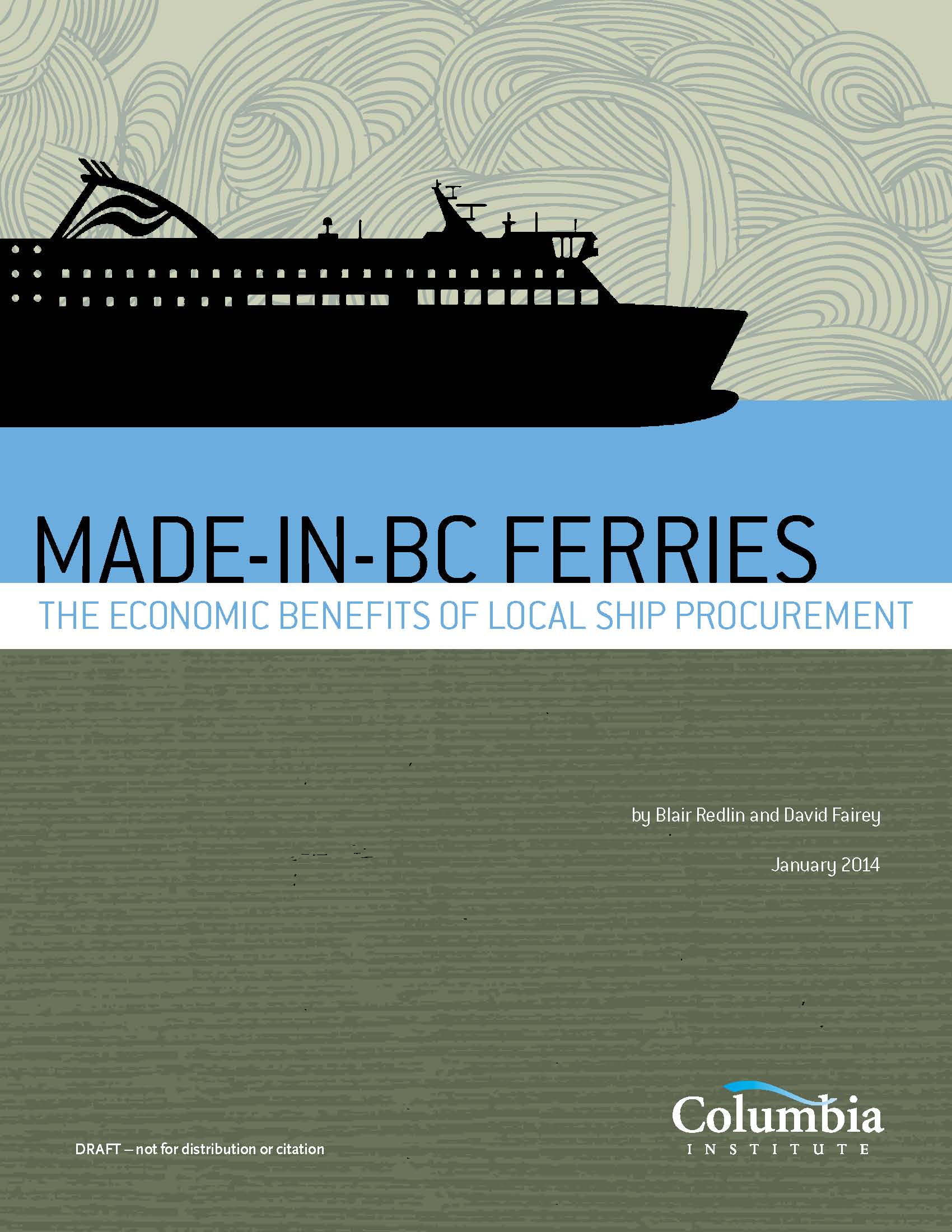