Resource Guide for Local Governments and the Public

Overall public-private partnerships (P3s) represent unfamiliar terrain at the local level, especially when it comes to the large-scale, long-term projects currently being developed. It is important for both local elected officials and the community to understand how P3s work, what questions need to be asked and what steps could be taken to help mitigate potential risks should the community be forced to consider the P3 option.

In a P3, a government enters into a long-term contract with a company or consortium of companies. The consortium takes on the responsibility to not only design or build a facility, but also to operate, finance and sometimes own it for the duration of the facility’s entire expected life (about 30 years).

In other words, the various functions normally associated with providing public facilities and services are bundled into a single, long-term contract.

Evidence shows that P3s may pose an inherent risk to the public interest and lead to a loss of democratic control. P3s require local governments to enter long-term contracts of up to 30 years, making it extremely difficult for future governments to respond to the changing needs of their communities.

Evolution of the Guide:

In 2006 the Premier announced that all provincially funded capital projects over $20 million would have to be evaluated by Partnerships BC as potential public-private partnerships. Partnerships BC is a strong champion of P3s, and frequently recommends that projects be developed as P3s.

In February 2007, as questions about P3s and the public interest gained momentum, the Columbia Institute Centre for Civic Governance hosted a public forum on P3s in Victoria. Two speakers in support of P3s and two speakers in opposition gave presentations.

Building on information from the forum and on a growing body of work from around the world, the Columbia Institute examined P3s and their potential impacts, and produced this resource guide. 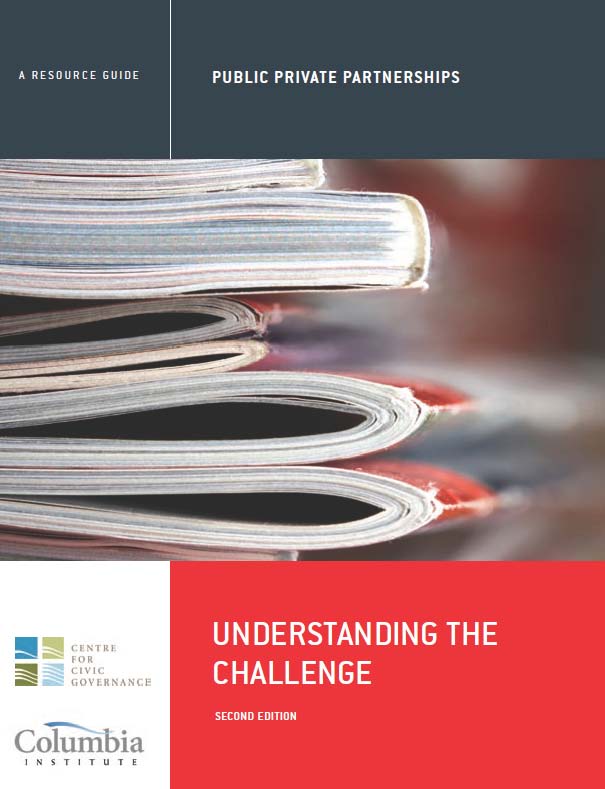