Enhancing the ability of local governments across Canada to act on greenhouse gas emissions is both a powerful opportunity and an absolute necessity for meeting Canada’s climate commitments says the first annual report card on Top Asks for Climate Action. Local government decisions impact over fifty percent of greenhouse gas emission and sixty percent of energy consumption.

“In 2017, we can say that the federal government has implemented 28% of our Top Asks for Climate Action. Another 22% are in progress. That leaves fifty percent awaiting action.” says Columbia Institute executive director, Charley Beresford. “After decades of climate foot dragging, we are in rapid catch-up mode, and that fifty percent offers great potential.”

“To power up the transition to a low-carbon, climate resilient future, the way forward is clear: power up communities.”

“Federal, provincial and territorial governments must do more to ensure local governments have the tools they need to engage Canadians, where they live, work and play, in the transition to a low carbon economy. I’d like to see measures that support energy democracy.”

“Had the world acted on such ‘top asks’ earlier, sustainability might have been an easier path forward. Instead, many communities are now reeling from warning bursts of extreme weather and full-on climate turmoil may yet be the legacy of further procrastination and denial. It’s time for decisive action.”

“Our greenest city action plan calls for net zero buildings by 2030. We need the federal and provincial governments to back us up and help communities across the country ramp up deep retrofits and make sure our new builds have net zero emissions.”

“We need a guarantee that new infrastructure funding won’t lock Canadians into a high carbon path. Now is the time to ensure that public infrastructure spending and climate change policy are tied together.” 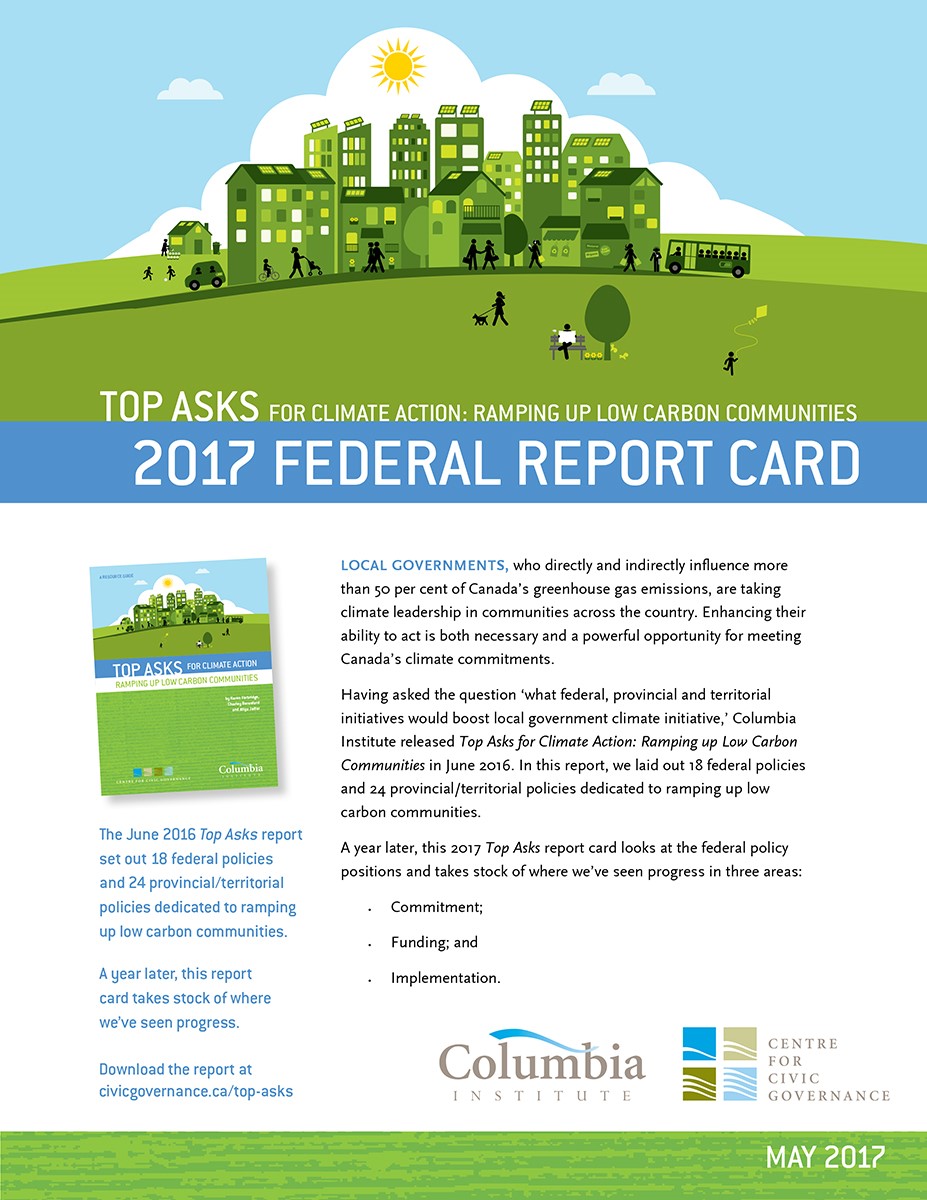